In the 1950’s it was common for ‘illegitimate’ children to be born into mother and baby homes which admitted the child into care soon after they were born. Unmarried mothers were the biggest taboo.

In Ireland, Catholic nuns and priests were given complete control over care homes, hospitals and schools by the state. Mixed race children who were admitted were rarely put up for adoption and placed into Industrial Schools.

‘These mixed race children were not considered by the church and the state to be appropriate candidates for adoption, their stories of racial discrimination, physical abuse, and mental abuse are truly shocking’ – Anne Ferris, Former Irish MP

Rosemary Adaser was admitted into a mother and baby home as a baby. She was born to a white Irish mother and a black Ghanaian father, with her notes describing her as ‘illegitimate and coloured’.

In a short film about Ireland’s forgotten mixed-race child abuse victims, Rosemary says that the Industrial Schools ‘were like workhouses…the last thing they had in these schools was love, care, attention or the welfare of a child’.

Rosemary, who is now 60 years old, revisits the industrial school and tells her story of growing up there. She shudders,’memories of this place just make me feel dead inside’. 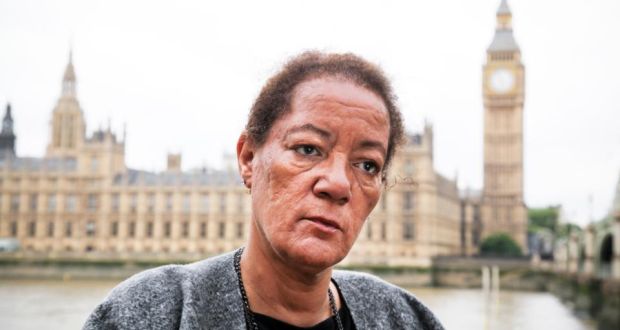 Rosemary’s childhood was brutally taken away from her by the nuns who constantly racially abused her, and turned a blind eye to older girls sexually abusing her. She was called ‘n*****’ and ‘savage’ so often that she thought that they were her pet names.

Their skin colour was treated as something that was dirty and to be ashamed of, with the nuns calling their fathers cannibals. Joyously, Rosemary found that her father was a practicing GP, but it was bittersweet. The records of her father had been kept away from her for so long that he had already passed away.

The mistreatment of mixed children at these schools has never been acknowledged by the Irish state, even though Rosemary’s story is just one of many.

Today Rosemary and other Irish mixed children of the time have set up the Association of Mixed Race Irish (AMRI) to seek recognition and justice.