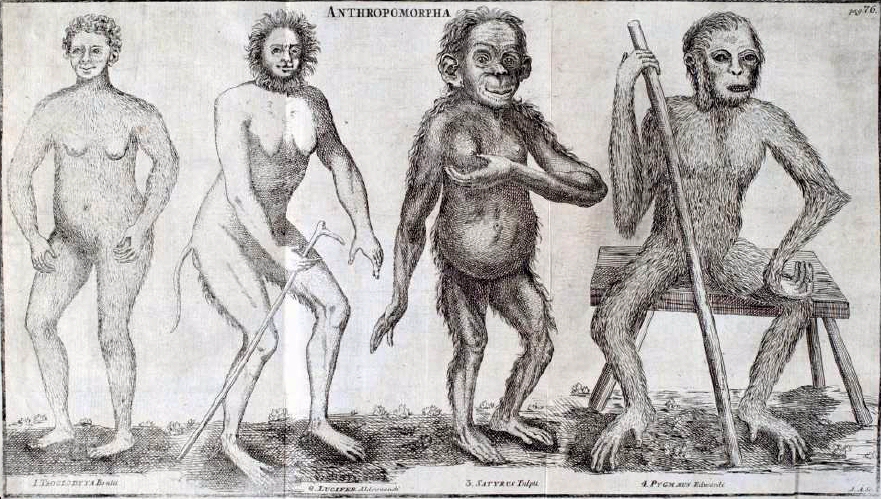 Scientific fact is viewed as indisputable, if it’s backed up by professional research it must be true. The problem with this, is when science experiments are biased to ‘prove’ problematic ideas, it can be believed as the cold hard truth.

Although Hitler’s dabbling in eugenics is pretty well known, we don’t know much about other studies that have been carried on race with extremely questionable ethics.

Hundreds of years before Hitler even existed, eugenics was used by ‘scientists’ as a way to prove white superiority over other races and excuse slavery.

Between the 18th – 20th century, scientists and philosophers researched into the alleged differences of intelligence between races in contrast with the white European race.

In 1895 R. Meade Bache from the University of Pennsylvania published an article stating that reaction time increased with evolution.

The white people in his study had a slower reaction time which he put down to them having more ‘contemplative’ brains than Native Americans and African-Americans, meaning that they had evolved more.

English psychologist, Raymond Cattell said that black people were naturally inferior to white people, and argued against interracial relationships in the 1930’s. Raymond even praised Hitler on his policy of ‘racial improvement’.

“no mixture of bloods between racial groups…the resulting re-shuffling of impulses and psychic units throws together in each individual a number of forces which may be incompatible.” – Raymond Cattell

In post WWII Germany, the Eyferth study was carried by psychologist, Klaus Eyferth who compared the IQ’s of white children and mixed (black – white) children that had single mothers.

This fed into theories that white people were naturally more intelligent than non-white people. Yet, modern research has found that IQ isn’t a fixed value of intelligence and that it can be altered by social and environmental factors.

All of these pseudo-scientific studies contribute to the harmful racist stereotypes that are still prevalent today.

One of the most recent large-scale studies on mixed people was by Dr Michael Lewis at Cardiff University in 2010, where he collected a random sample of 1205 black, white, and mixed faces and asked people to rate their attractiveness.

Dr Lewis found that mixed people were rated the most attractive, stating that this shows that heterosis (Darwin’s theory that race mixing would lead to better offspring) is true.

“although mixed-race people make up a small proportion of the population, they are over-represented at the top level of a number of meritocratic professions like acting with Halle Berry, Formula 1 racing with Lewis Hamilton; and, of course, politics with Barack Obama.” – Dr Lewis

This study just led to more fascination of mixed race bodies and confirmation of the stereotype that all mixed people are good-looking. It also excluded anyone that identifies as mixed who isn’t black and white, which is a lot of people!

The psychologist clearly had a narrow idea of mixed people, as he told the Daily Mail that this was because of attractive mixed X factor contestants who were, ‘changing attitudes towards black people’.

Of course this resulted in uproar from others, calling it ‘reverse racism’ and the other old chestnut of ‘us all being one race, the human race’.

As much as the study could be seen as flattering for some, it is worryingly similar to dodgy previous studies about race. A whole race of people’s self worth should not be based on their perceived attractiveness, or their ‘super-powers’.

All this leads to is mixed people becoming even more of an exotic fetish.